A Memoir of Insomnia
A fourth-generation insomniac, Patricia Morrisroe decided that the only way she’d ever conquer her life-long sleep disorder was by becoming an expert in the subject. So, armed with half a century of personal experience and a journalist’s curiosity, she set off to uncover one of life’s greatest mysteries: sleep. Wide Awake is the eye-opening account of Morrisroe’s quest — a compelling memoir that blends science, culture, and business to tell the story of why she — and 40 million other Americans — can’t sleep at night.

Over the course of three years of research and reporting, she talks to sleep doctors, drug makers, psychiatrists, anthropologists, hypnotherapists, “wake” experts, mattress salesmen, a magician, an astronaut, and even a reindeer herder. She spends an uncomfortable night wired up in a sleep lab. She tries “sleep restriction” and “brain music therapy.” She buys a high-end sound machine, custom-made ear plugs, and a “quiet” house in the country to escape the noisy neighbors in the city. She attends a continuing medical education course in Las Vegas, where she discovers that doctors are among the most sleep-deprived people in the country. She travels to Sonoma, California, where she attends a “Dream Ball” costumed as her “dream self.” To fulfill a childhood fantasy, she celebrates Christmas Eve two hundred miles north of the Arctic Circle, in the famed Icehotel tossing and turning on an ice bed. Finally, after traveling the globe, she finds the answer to her insomnia right around the corner from her apartment in New York City.

A mesmerizing mix of personal insight, science and social observation, Wide Awake examines the role of sleep in our increasingly hyperactive culture. For the millions who suffer from sleepless nights and hazy caffeine-filled days, this humorous, thought-provoking and ultimately hopeful book is an essential bedtime companion. It does, however, come with a caution: reading it will promote wakefulness.

A smart, informative and entertaining memoir … She tells it with wit, honesty and a crisp writing style. This is a good book for the sleepless and for those who wish to understand their plight.

A weird, wonderful journey in search of a good night’s sleep.

Bursting with fresh revelations, Wide Awake is a mesmerizing exegesis on sleep and its discontents, written with wit, charm, and, above all, wisdom born of Morrisroe’s triumphant struggle with insomnia.

A. Roger Ekirchauthor of At Day’s Close: Night in Times Past

[By] writing about sleep Morrisroe tells an important story, providing a specific example of a profound social and political question: the relationship between medicine and money.

The best memoirs take us inside the person’s past and this is what Morrisroe has succeeded in doing brilliantly… you will be tossing and turning with amusement.

Wide Awake manages to be both witty and informative, an absolute must-read for anyone looking to get the bottom of why Americans spend 20 billion a year trying to get a better night’s sleep. Morrisroe’s hard-won conclusion might just change your life.

Alexandra Fullerauthor of Don't Let's Go to the Dogs Tonight

Morrisroe’s sparkling writing carries her through. That her journey ends happily, with her discovery of Qigong, means readers will be as encouraged as well as informed, with as much on overcoming insomnia as avoiding snake-oil salesmen.

The Mail on Sunday

As someone who cherishes sleep almost as much as my kids, I found Wide Awake a fascinating romp through all aspects of insomnia. Stumbling onto this underground nation of sleep deprived people was like discovering a whole new sector of the population. I never quite understood the magnitude or the desperation until I read Morrisroe’s personal, humorous, and well-researched memoir about the one thing we can never seem to get enough of.

Lee Woodruffauthor of In an Instant: A Family's Journey of Love and Healing

A must-read for fellow insomniacs.  Morrisroe approaches the topic with the zeal of a researcher – always armed with her fabulous wit.

Patricia Morrisroe sets out to cure her insomnia with help from America’s booming sleep industry, which peddles everything from Ambien to dental appliances. What she discovers along the way will aid anyone who worries they aren’t getting enough rest.

Melody Petersenauthor of Our Daily Meds

Morrisroe has livened up what could have been a wearisomely fact-heavy read by venturing into the field and embracing the spirit of adventure… As with Fast-Food Nation, the book neatly points up the way technology has altered our lives and our health. But far from being earnest, Morrisroe’s romp through the sleep industry is often very funny and full of fascinating examples.

The Globe and Mail

Morrisroe is well-versed in the scientific background of sleep. She intelligently breaks down jargon-filled research articles found in academic journals to educate readers about various sleep disorders and treatments.

Patricia Morrisroe tosses and turns her way through the landscape of insomnia, taking us along on a guided tour so rich in literary allusion, sleep lore, and uniquely personal insight that I stayed up all night reading it. At once poetic, intimate, and surprisingly informative, Wide Awake is a self-portrait of the insomniac as authora story full of nuance, revelation, and surprise that might just as easily be subtitled, Alice’s Adventures In Slumberland. As for the title itselfI’m proud to share it!

A comprehensive study of the culture surrounding sleep.

The book is the closest thing to an amusing chat on sleep (with someone who listens, understands, and cares for you) that I have ever found. 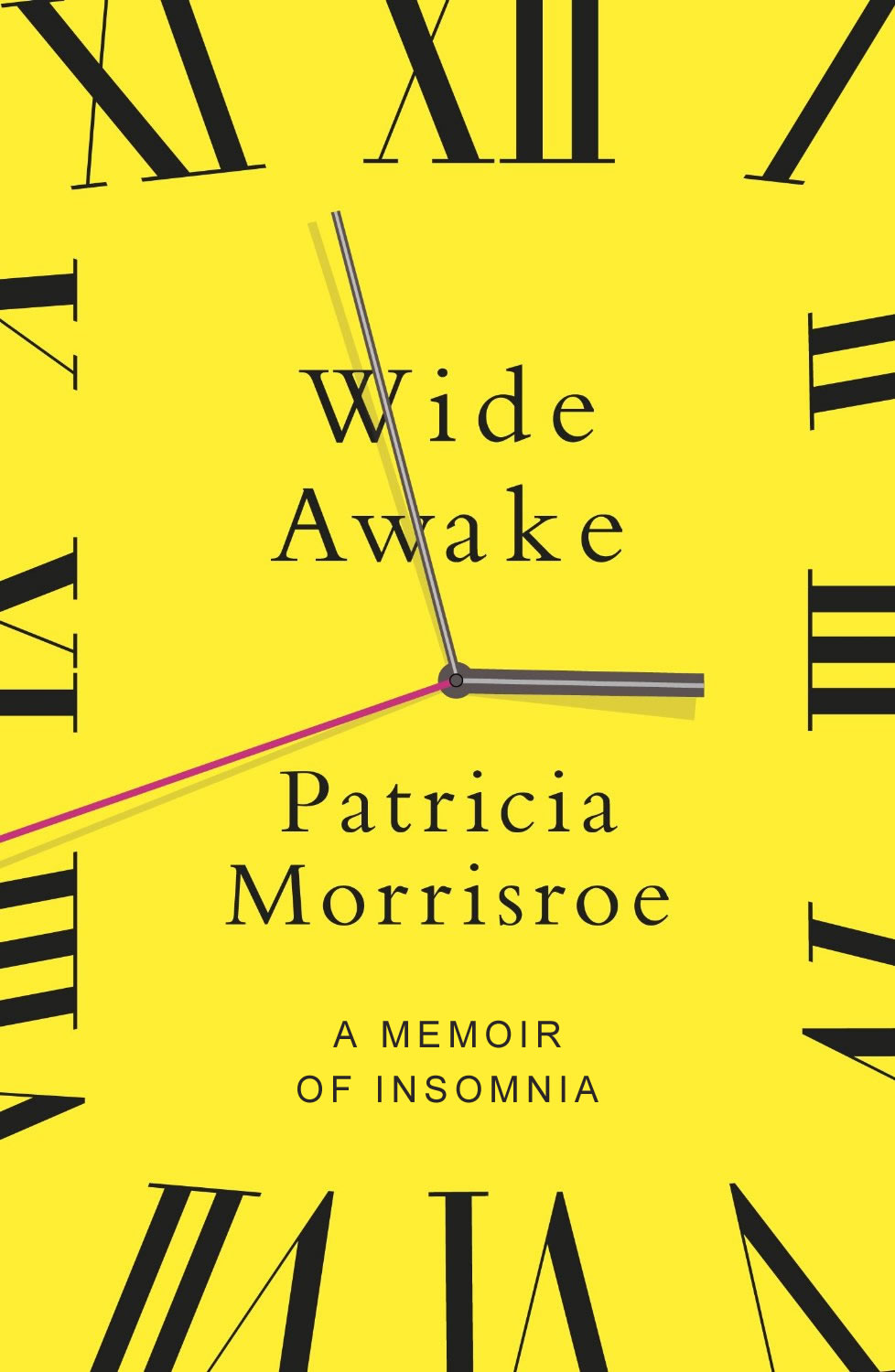 Click here to read an excerpt from "Wide Awake"